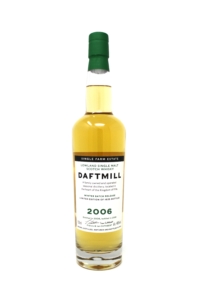 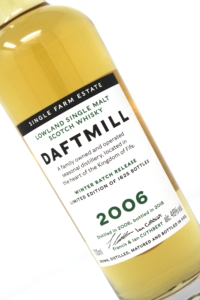 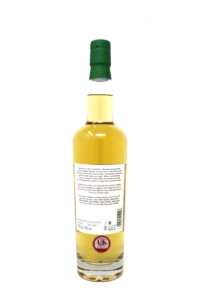 Distilled from clear wort during the winter of 2006 with a slow distillation regime, very high and narrow cut points we collect the lightest most delicate flavours from our barley malt.

Daftmill’s Winter Batch Release opens with comforting aromas of stewed rhubarb and custard on the nose, with delicate notes of freshly baked bread, grains and dried coconut. With a little time in the glass, waves of fresh apple and pear emerge, mingling with vanilla spice. The palate offers notes of stewed fruits and Victoria sponge, with a more complex edge developing – with lemon zest and a slight grassy character. The texture is remarkably soft and creamy, integrating nicely with flavours of sponge pudding and custard. A long finish shows bags of wood spice; cinnamon, nutmeg and clove, with lingering fresh fruit and vanilla.